We write the year 2019, the second year of the coming-down of an island that has been overrun and is trying to find its identity again, a natural cleaning process that occurs every now and then – what goes up must come down and vice versa.

It is in these times when the sheep get seperated from the wolf, where authenticity is the key as people are tired of getting ripped off for nothing and prefer to stay at home or gather together in private.

Especially the clubs do suffer as they still don’t get that the key to success is lowering the prices and offer quality over quantity, and no, the one does not exclude the other. As one of this year’s contributions to the Bloop festival by Amadama says „it was magical when the rich and the poor danced together“, and the fact that you make more money by having happy people dancing instead of spectators watching their mobiles while zipping on a water is kind of obvious.

Like the gallic village surrounded by romans there is one promoter withstanding all those ups and downs that took place during these many years of existence, in fact I think it is only outrun by La Troya and their infamous parties (which started as ‚La Vaca Asesina’ in Ku), another truly unique experience, and guess who I am talking about: To celebrate 20 years of existence, of dedication to create something special each and every time, doing exactly the same but in a different way, evolving into something new while sticking meticulously to one’s principles, all this is what defines Cocoon. The name says it all, a cocoon is a transient state, the cradle of the next step in evolution, until the final appearance manifests. 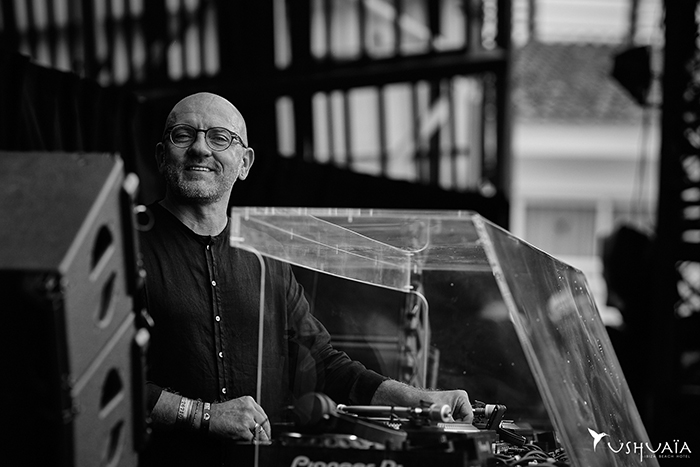 Choosing different venues to celebrate was the basis for what was there to come – from the unforgettable opening night in Amnesia as return to the homebase for so many years, to be continued in Benimussa in the most authentic Cocoon style with great support of the Keep On Dancing family, through to the impressive appearance of Underworld in Ushuaïa, where Sven himself would play one of the best ‘warm-ups’ I have heard for years. 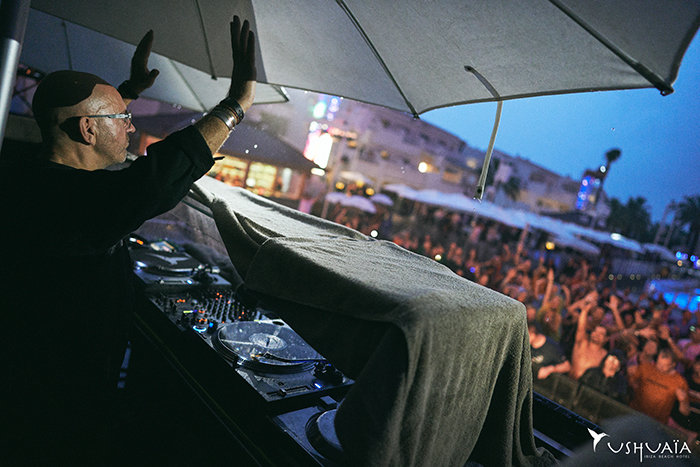 As said before, we do choose very well the dates where we go out, knowing that it will be worth the while. So with all this in my mind it was an obligation to attend what was supposed to be something special, another unique event and one of the strongest statements one can make to celebrate what we love so much, electronic music. And who better to represent this music than some of the fathers of the ‘Maschine’, the one and only Kraftwerk. Ushuaïa was the only venue that could meet the needs for a decent presentation of their latest addition, Kraftwerk 3D, and all was set to take off as planned… 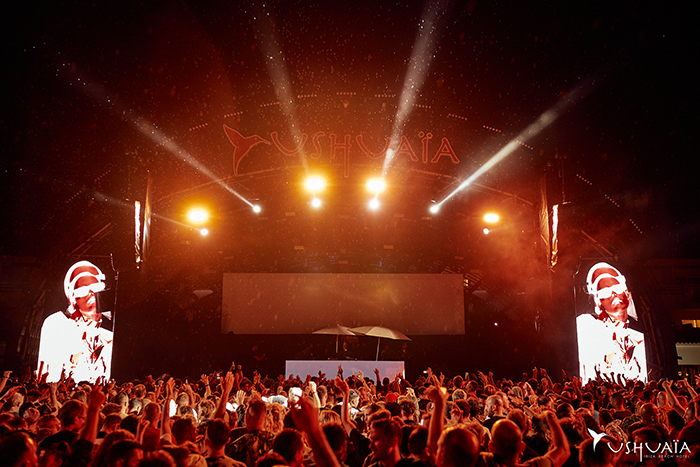 I have to admit we arrived late, so we missed Seth Troxler paving the way for Sven who was set to play another ‘warm-up’ for the main act, and the venue was already well filled when we joined the family on the dance floor – who needs backstage when you can be in the middle of it? 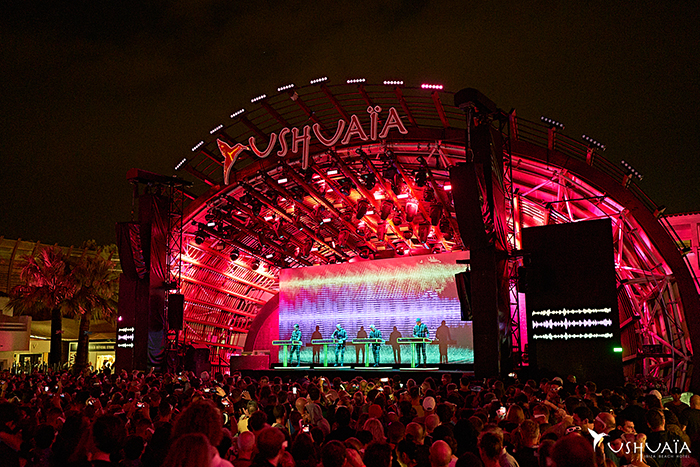 What followed was nothing short of a real life drama, in no time the weather went from cloudy to really dark and it started to rain, first some drops, than the sky opened and a heavy summer rain came down. In a split moment the dancefloor was almost empty as all people looked for shelter, and I asked myself ‘where did all the people go in such short time?’ Sven kept playing, the decks were protected by a perspex cover and two sun shades protected him from getting wet, and it seemed as the conditions gave him wings as he would drop one killer track after the other. We found shelter in one of the passways to the toilets but I had the urge to go out as it was packed and I heard his music playing, when I thought ‘f..k it, this is unique, let’s go dancing!’, so I went out in the pouring rain, and many others joined the floor to have an authentic raindance. 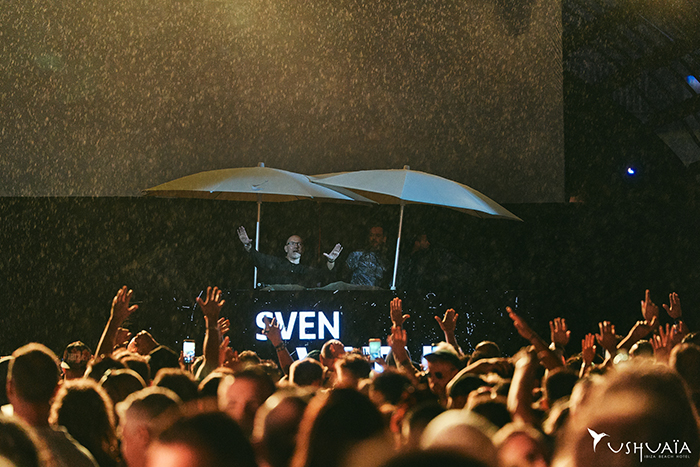 Kraftwerk was set to start at 9 PM and it would not stop to pour down, the screens started to fail due to the ongoing rain and the technicians did their very best to maintain some light. When I saw Sven disappearing for some time I knew this is the final reunion to see if they would go for it or not. Destiny was on their side and as the rain stopped we heard the announcement that they will change the stage to set up Kraftwerk, and with a minimum delay of about 20 minutes we got to assist one of the greatest concerts I personally saw on Ibiza. After around 30 minutes into it a friend told me to turn around for a moment, and believe it or not, the almost full moon was shining through the stars directly upon us and it was as if nothing ever happened – you gotta love this island. 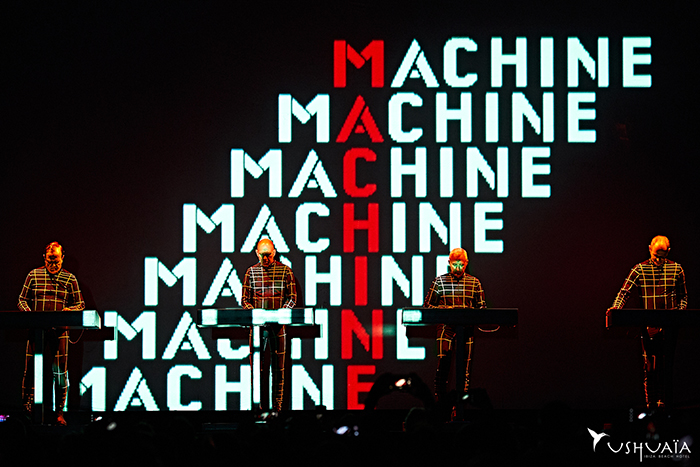 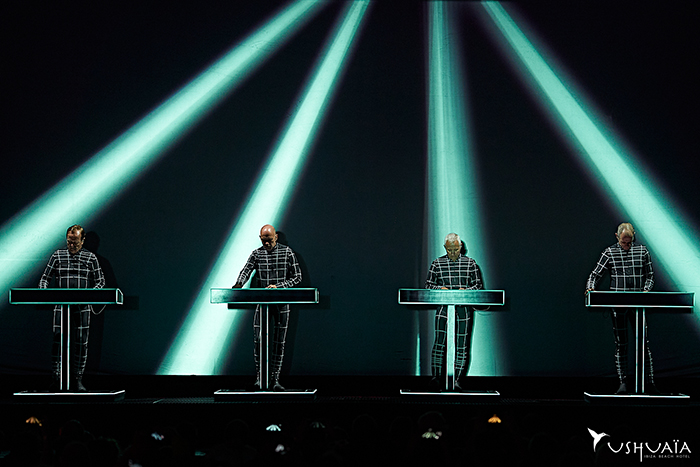 The combination of the impressive sound of Kraftwerk with their 3D show was breathtaking, we realized why they never did a follow up album, the sounds they created are so perfect and timeless that it seems to be impossible to come even close to it, so many memories popped up and one could hear the massive influence this legendary act had and still has on modern electronic music. 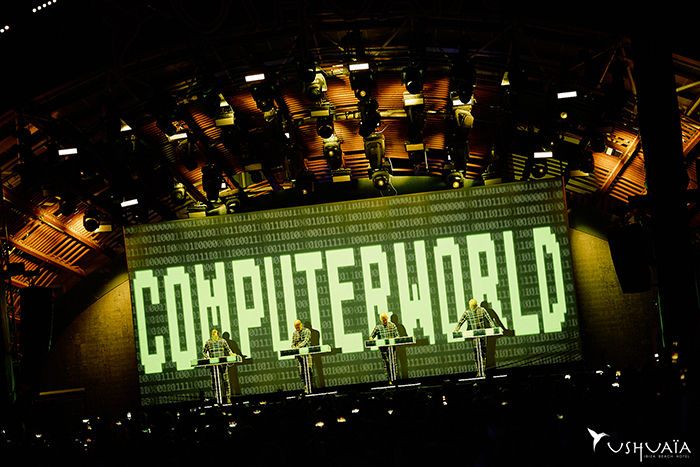 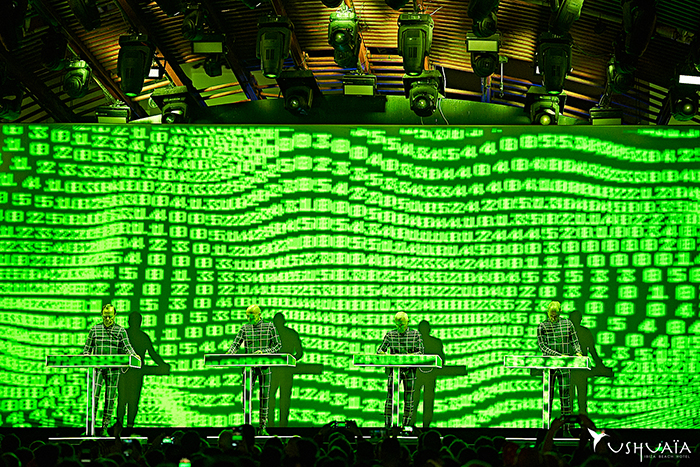 You need balls to execute an event like this under the given circumstances, and I am sure many others would have thrown the towel, so hats off to Sven and his crew to keep going, and to Kraftwerk for gracing us with such an unforgettable event, history was written that night. This is what Ibiza needs, this is what I mean with authenticity, everybody can make a sure shot, but very few are up for a challenge like this one. Dancing in the rain and seeing many faces of the ‘veterans’ joining us along with the new generations, the rich, the poor (although that requires a good definition), well, all together enjoying Sven at his best was the greatest event I’ve enjoyed in a long time while going out. Quality never prostitutes.