When I got the promo of the ‚Sounds of Sasaab’ compilation I immediately knew this is something special.

It reminded me so much of a documentary I saw a few years ago called ‚One Giant Leap’ that amazed me in many ways, so having this compilation in front of me and diving into the sounds I got to read the story about it and knew I would love to do an editorial about the project, so when I got contacted by Dylan Sejpal it was clear that this would come to life!

Hello Dylan, first of all thank you for getting in contact with me and for the amazing work on this project. Please tell us first who you are, where you come from and what brought you to music. 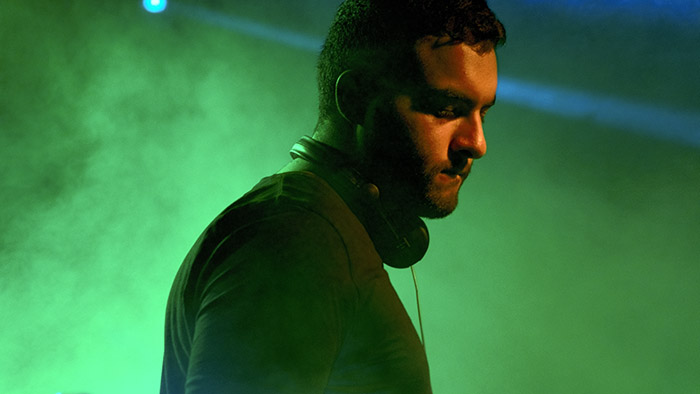 I’m Dylan-S, I grew up in Nairobi and got involved in the buzzing creative industry here from a young age. I’m a music producer, sound engineer, composer of music and a DJ. Sound and music has been something I knew I always wanted to do, I grew up in a household that was full of good music, thanks to my mum. I dabbled with a few instruments and became fascinated with sound and everything about it. Discovering electronic music in my early teens when it was still very much a niche in this city, changed me in many ways – I knew this is what I wanted to for the rest of my life. 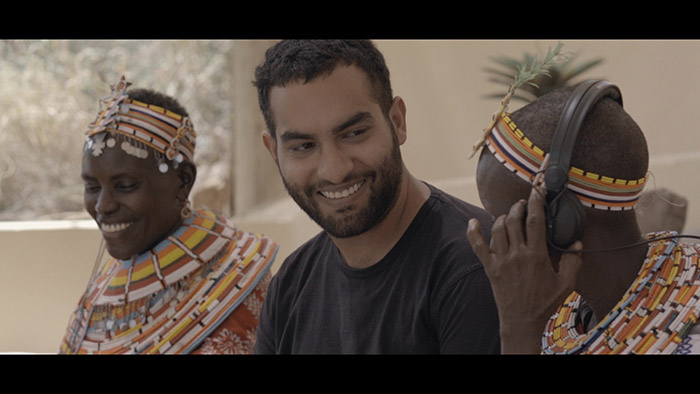 What is Midi Minds Kenya?

Midi Minds Kenya is a production outfit we set up in Kenya, run by myself, SURAJ & Foozak. Basically what we do is music production and sound engineering. Now, it is becoming a platform to push boundaries of music creation in Kenya and beyond. We also use this outfit to host music workshops within the country, sharing knowledge on DAWs and production in general & work with Funktion-One via Frontier Audio Africa, supplying and tuning rigs around East Africa. 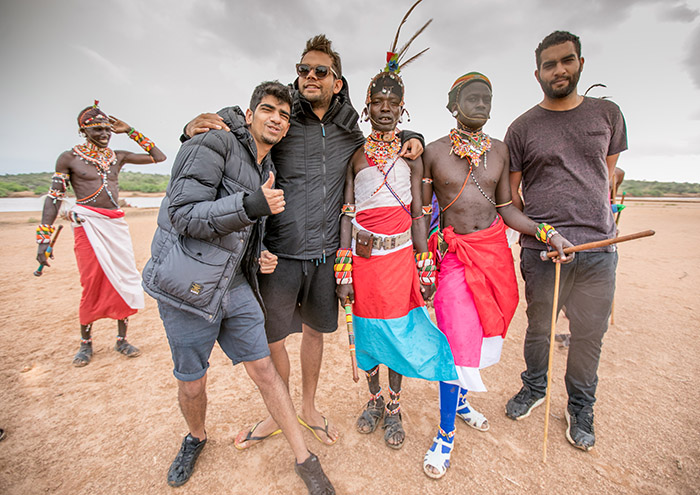 You are one of the founding fathers, tell us more about the people behind it.

Suraj and Foozak are 2 of my closest friends, we grew up together and all shared a passion for music, especially electronic music. Suraj is a leading afro-house producer/DJs in East Africa, his take on the genre is truly unique and has put out some tracks that will forever be a part of the dance music scene here and globally. Foozak is one of the most succesful DJs in East Africa, and a fast rising producer. He has been involved in multiple pivotal events that helped shape the electronic music industry in the region, and continues to do so. 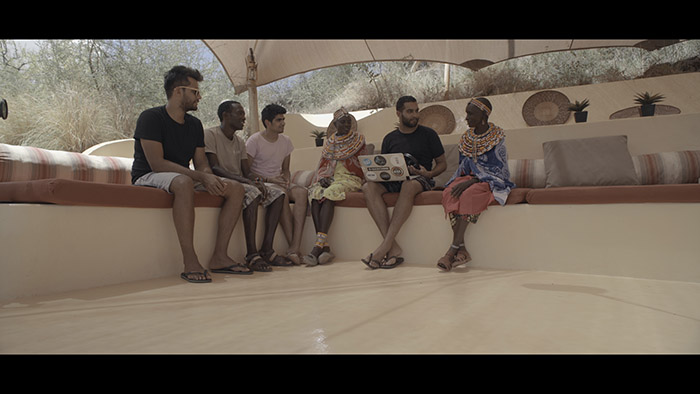 How did the idea of such a compilation come to life?

Growing up in Kenya, we are exposed and intergrated with the beautiful culture of people here, Kenya boasts 44 different tribes, and a number of them have not conformed to modern lifestyles and have stuck to their traditional ways of life, including the music they play and sing. As DJs and diggers for music, we noticed a lot of tracks that utilise tribal vocals, these tracks would be charting and being played by big DJs, but no information was available about the tribe or vocal – with such an interesting history behind it all, we came up with the idea of the ‘Sounds Of’ series. A visual and sonic tale of tribal sounds within Kenya and eventually, the rest of Africa. This series aims to highlight each tribe involved, showcasing their culture, way of singing, dancing and general lifestyles. It’s merging the oldest form of music known to man with the newest form of music creation technology. 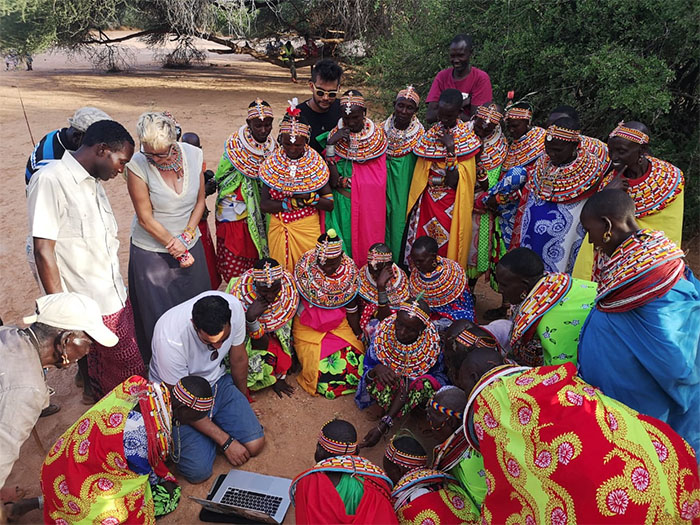 Who are the Samburu warriors?

The Samburu are a nomadic tribe, similar to the Maasai. Their music is speical; rhythmic vocal chanting coupled with stomping feet and delicate beads/metal trinklets create a sonic unamity like no other. Samburu warriors, also called Morans, are the protectors of the Samburu tribe, every boy must go through a ceremony where they earn the title of a warrior, responsible for looking after cattle and keeping the community safe. 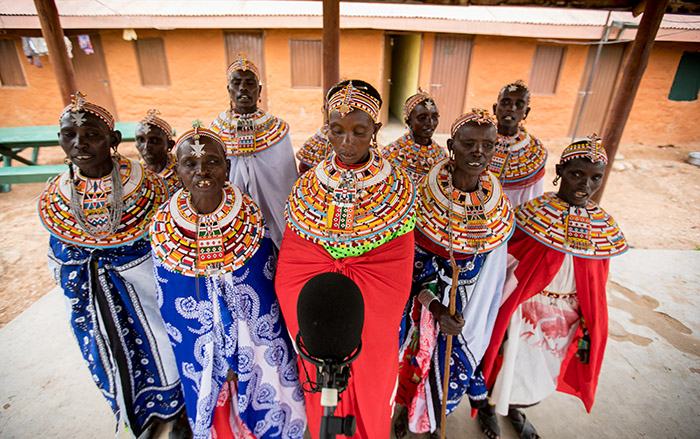 How is the educational situation in Kenya in general, I read there is a lack of educational infrastructure…

When we first started this project, we sat down with the Samburu community elders – outlined our objectives and after they showed interest in this idea, we discussed where they would like the funds to go. They informed us that a particular primary school in Samburu Westgate region needed an extra classroom – this is where sales of the VA will go towards. launch event ticket proceeds and the sample pack will help fund it too. Kenya boasts a free public schooling system, which is free for 8 years of primary school and 4 years of secondary school. However, some rural areas get affected by lack of funding, insfrasructure and economies of scale (or lackof). 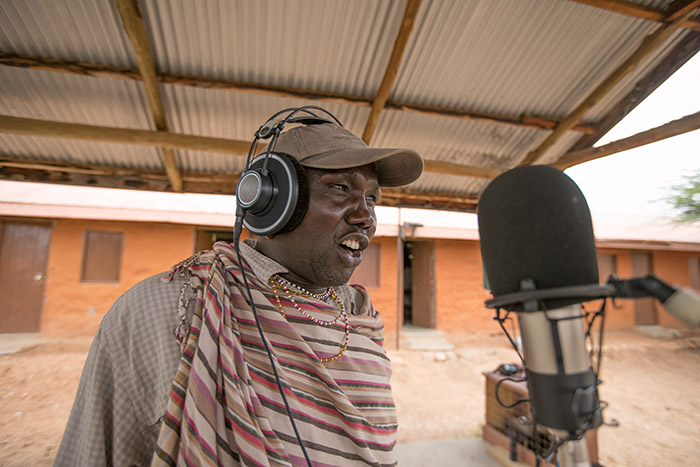 Why the name ‚Sounds of Sasaab’?

Sasaab is the name of a flower that only grows in the Samburu region of Kenya, after the rains. It’s completely indeginous to the area. It is also the name of the lodge that hosted us and helped make this all possible – Sasaab Lodge.

How was the whole process of collecting, recording and mastering those sounds? And how did you choose the artists featured on the compilation to make tracks out of the sounds?

We went out to Samburu 2 years ago, and spent 4 days recording with a mobile studio set up. Outdoor locations made it a challenge but our mic set up worked quite well – a non-intrusive set up saw us use a focused large diaphram condensor in the centre, and 2 stereo mics on the far ends of the group – taking some pre-recording measures for wind reduction and background noise. Post recording was basic EQing, hints of compression and normalization. Our label partner, Madorasindahouse, is an afro house imprint – since this a genre we all play and love, we selected some of the most interesting producers in that scene. 19 tracks later we have a sublime VA that caters for a range of electronic music tastes. After the tracks were made, we travelled back to Samburu to showcase the music to the community, this proved to be quite a special moment. It was the first time they were hearing themselves on a loudspeaker in playback, as well as on a finished song, and finally, the first time they had ever heard electronic music. The reactions were amazing, the women got up and danced, followed by some men and all the children. It was something i’ll never forget. 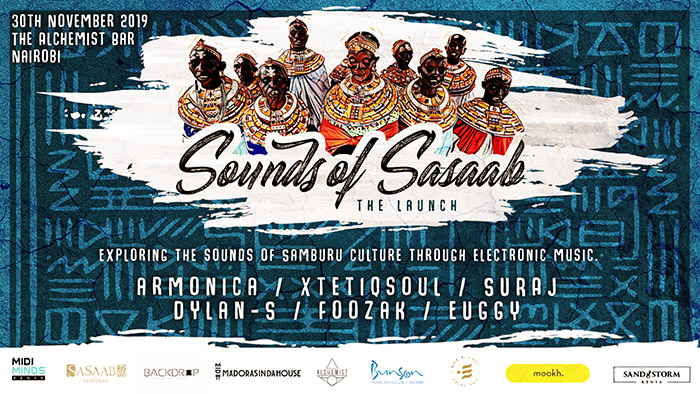 There will be a release event in Nairobi tomorrow Saturday November 30th, tell us about it.

The release event is taking place at the Alchemist Bar, a venue that has been a home for us as DJs, producers and also hosted a number of brilliant events. It’s run by 2 good friends of ours and is a must visit in Nairobi. We will be hosting a documentary screening before the main show, that has been filmed and edited by Backdrop Digital Agency, followed by DJ sets throughout the night from artists who have contributed to the VA – highlighting the entire VA throughout the night. We are bringing down Armonica from Italy and Xtetiqsoul from South Africa, who both made incredible productions for the VA. They will be joined by myself, Foozak, SURAJ & Euggy, who also features a great deep house cut for the VA.

Midi Minds Kenya is just getting started, our Sounds Of series will continue to explore sonic culture within Kenya. We will continue to host events with artists from all over the world and push the boundaries of music, the possibilites are limitless.

I don’t think I will ever stop doing music or sound. This is what I was born to do. With the music industry changing in so many ways, I don’t think I could ever get bored of it. Technological advances and new creative ventures keep it interesting, and I’m looking forward to what the future holds.

I would like to see Kenya’s music scene on the global map in less than 5 years, and I think it will be. There is a such a range of talent here for electronic music, acoustic and a unique fusion of the two. Artists here (too many to name) are shaping this country’s sound in a unique way. Nairobi is a diverse city, and the music made in it reflects just that. I’d like to see this grow and prosper, and for the country to set up stable financial/royalty/sync agreements with artists from here.