And the tradition continues: On Friday, May 27th 2016, now for the fourth year in a row, Diynamic Festival Amsterdam returns to Amsterdamse Bos for its annual label event. A close relationship ties the label to this city and its people, which is why this date is always a special for the whole Diynamic Family, which will attend in its entirety. 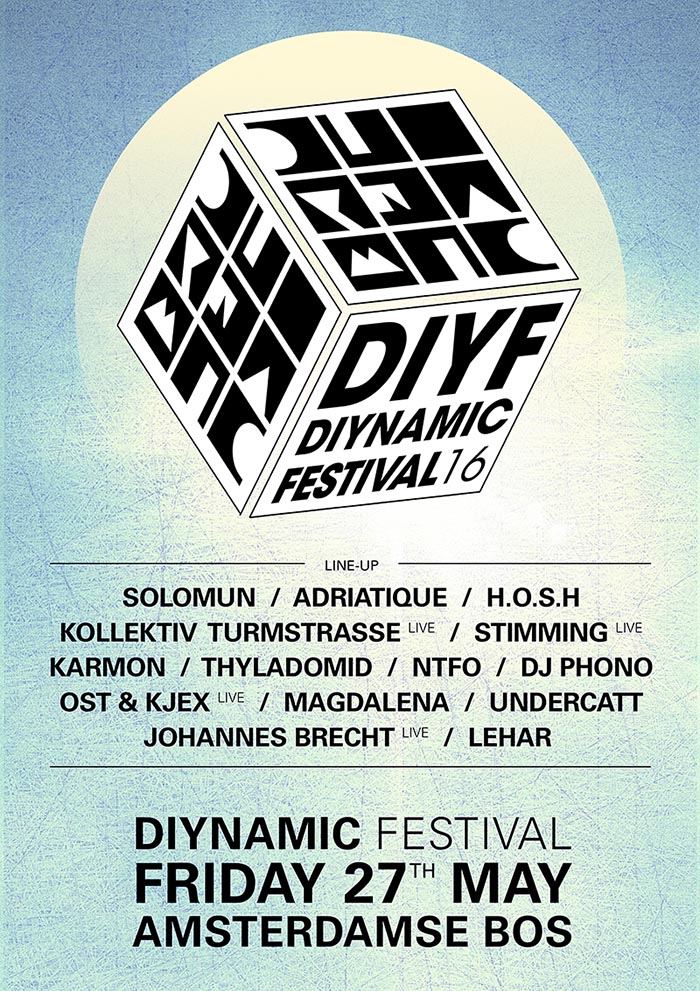 Last year has demonstrated why Diynamic keeps returning to the Dutch capitol: Even though Diynamic Festival Amsterdam 2015 has been bothered by some pretty serious rainfall, the people kept on dancing none the less and turned the event into an amazing party. This is what we call true commitment! While we can only hope for good weather, we can always count on the people of Amsterdam, which is why Friday, May 27th 2016 will see the fourth edition of the already traditional Diynamic Festival at Amsterdamse Bos, the city’s nearby forest.

The finest of Diynamic Music will return to Amsterdam:

–      Adriatique, who are about to release an EP on Cityfox and a Diynamic collab-EP with Lehar

–      Karmon, who locked himself into his studio for the last weeks to work on some new material

–      Undercatt, who just released a single on Sasha’s “Last Night On Earth” label

Here is the aftermovie to last year’s event to get an appetizer on what is going to await you:

Diynamic Music has constantly been an underground electronic music label on the rise. The motto: Do It Yourself. Founded in 2006 by Solomun and Adriano Trolio in Hamburg, nowadays undeniably amongst the best imprints worldwide with showcases all around the globe, Diynamic Festivals and Diynamic Outdoor events in Amsterdam, Barcelona, Buenos Aires, Brazil, Istanbul, Munich and Tel Aviv, weekly residencies on Ibiza including the infamous “Solomun +1” events at Pacha.