Ten years ago the International Music summit started as a great idea of a group of Ibiza aficionados, setting the mark of one of the most professional music conferences out there.

the founders and the core of members to make the IMS happen: 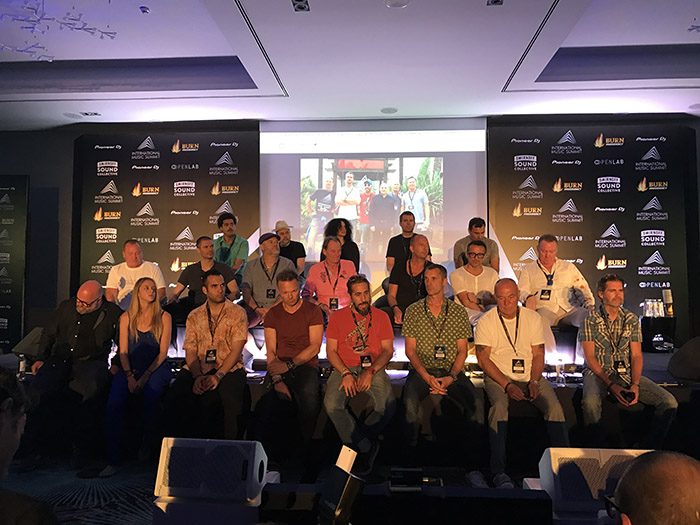 In the beginning the summit focused on what is going on behind the scenes of the electronic music world, bringing all parts together in one place – entertainment, talent, venues, labels, artists and the business side of it all, picking up the ball where the WMC, the Winter Music Conference in Miami, has left it. Ten years later it is the music industry watching the IMS to see what is going on, as Ben Turner said so greatly. It proves that the concept of the IMS is a full success and it has indeed become a driving force.

poolside next to the sea – does it get any better? 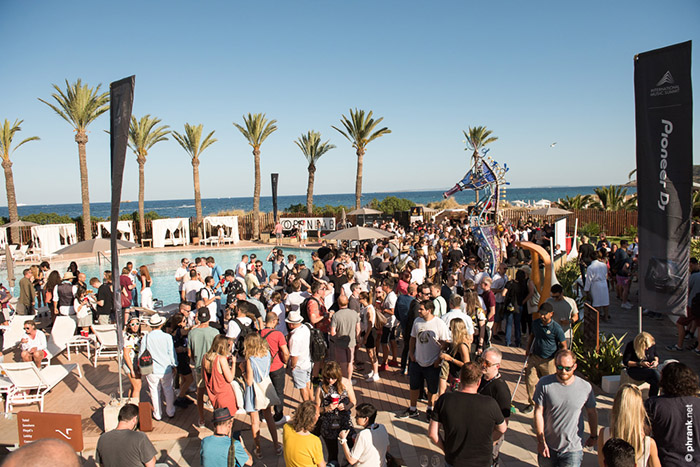 there is always a way: 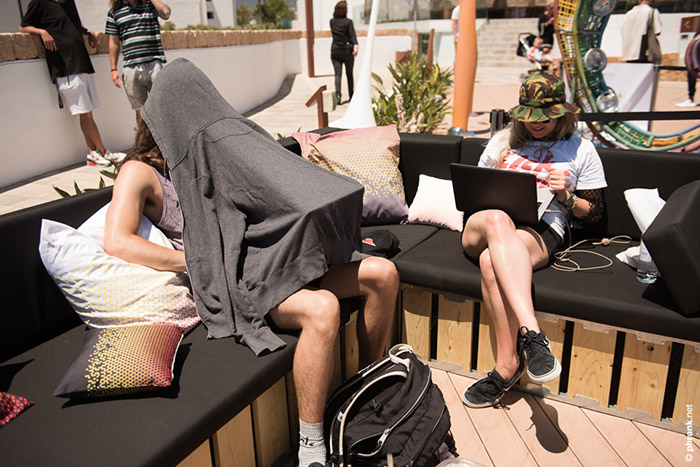 And on top you get one of the best parties out there, the Grand Finale at the Baluarte in Ibiza town as part of the castle, is probably one of the best locations with a fantastic setting you will find anywhere. On top this year the idea of presenting more artists by letting them play back2back sets worked amazingly, the outcome was just breathtaking, my favourite was definitely the beginning with Maceo Plex and Tale of Us, but that is just my humble opinion. 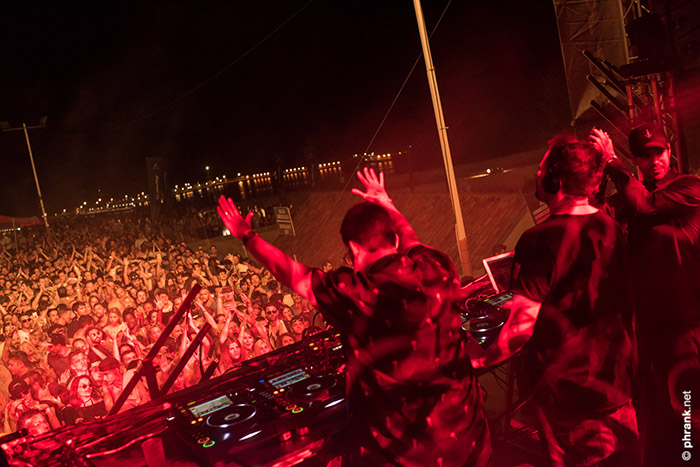 As for the panels, it was three that catched my attention most, one was the presentation of a project called MAAC – Music Against Animal Cruelty – an innitiative founded by Jonny White of Art Department and Wade Wood, founder of Pulse Radio, to act as a broker between musicians, music industry and music fans alike, and organizations who are working on initiatives to save various species facing the dangers of a diminishing population and/or extinction (great introduction by MAAC itself). Basically it is up to all of us to save our wildlife, and with initiatives like this one it is made easy to contribute, plus you can be sure that your contribution is in good hands (more info here). 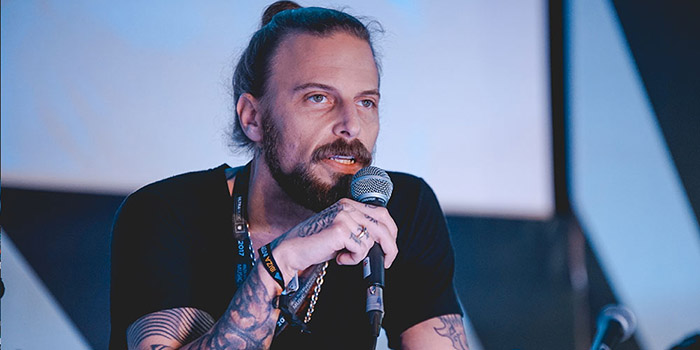 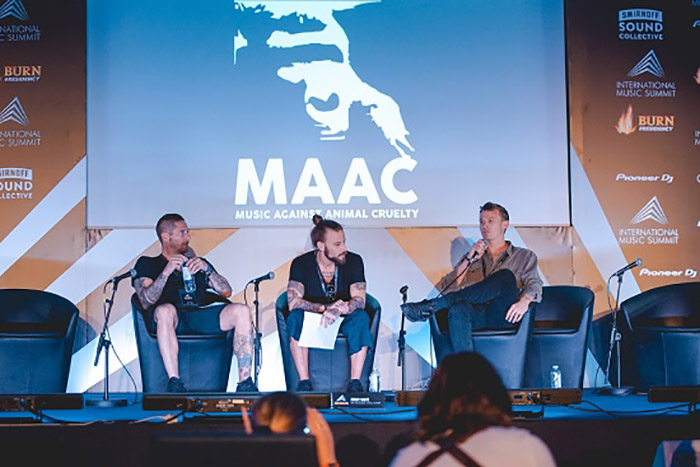 The second panel was the interview with Dixon, as i am a huge fan of him i was waiting for this one already for a long time. It is so refreshing to see a real selector and DJ, somebody who is still eager to play after so many years, living his passion with an impeccable attitude, dedication and outstanding talent. He started as a real resident playing whole night sets for many many years and is still the mastermind of one of the most iconic venues, the Panorama Bar as part of Berghain in Berlin. He stated that one pillar of his ongoing success is to set himself basic rules, for example not to play a track from the year before as he starts a new chapter every year. And he is well known for making his own edits of tracks, preparing them for each set, creating a ride over many hours that is impossible to resist. He is voted Best DJ of the year by Resident Advisor for four consecutive years, and as he says it is nothing he ever craved for but is obviously very pleased to be there, and i am sure he will stay on top of the game for many years to come.

The one and only Dixon: 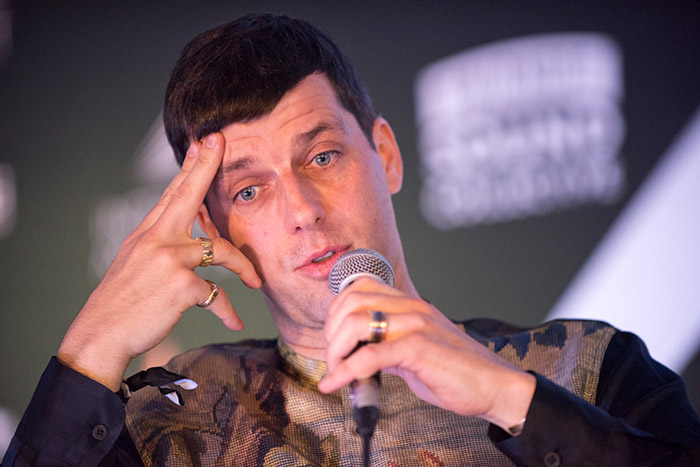 Third one was an initiative that could set an end to an unjust system of collecting money from artists by administering their royalties and pretending to give something to the artist in form of protection against fraud. Sounds chinese to you too? Well that is basically what the SGAE here in Spain does, or even worse the GEMA in Germany. So this one is called ‘Get Played Get Paid’ – sounds so much better and pretty much sums it up. The aim is to get the money for playtime directly to the artists, producers, songwriters, labels and publishers, just as it should be.

Outstanding was the interview held by Pete Tong with Bernard Summer from New Order and Joy Division, two fo the mayor acts to influence a whole generation and their followers to come. He recalls the history of their outcome, being around in Manchester but then leaving to New York meeting all those like-minded people finding a home at the Limelight, Paradise Garden and more venues to shape the present for future clubs to come. With this impact in their mind they returned to the UK opening up a club called ‘Hacienda’ using the income from Joy Division Records creating this ‘monster that landed from outer space’ as he states, linking their experience made in the the US to Europe and boooom, history was written again. As a side product Bernard was the first one to actually show the DJ in his booth to the crowd, moving it to the balcony – we all owe a lot to him. Being in Ibiza (Ibeefa) in 1988 was another huge influence for them, they witnessed the spread of Acid House back from their home in the UK to our balearic beat island and created their very own version of it.  The album ‘Techniques’ took them all around the world, he says ‘it was just being at the right time at the right place and we translated the mix of all of it into our music.’ 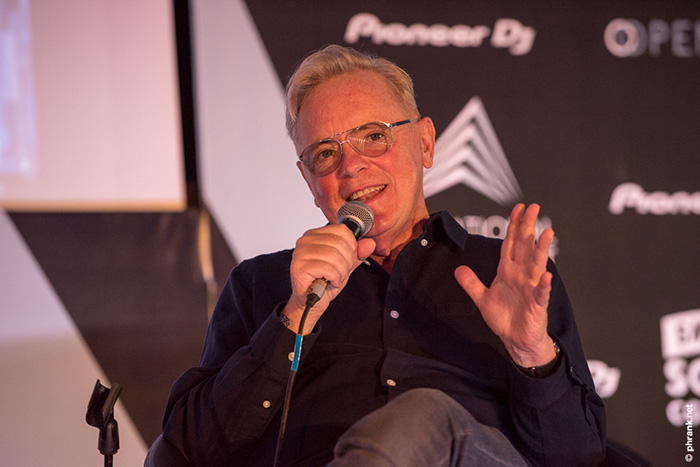 What is left to say? As for us press, it was a great idea to place some extra tables at the back of the conference room, it made the whole production side a lot easier. And i just love the vibe when you walk amongst hundreds of other like-minded people that are all involved in the same business that we love so much – let the beat never stop.