One year after we had the honor to do an interview with the tenant of the mayor of Ibiza, Joan Ribas, we revise the past year talking once more about politics, life and more.

It’s been a while that you entered politics – is it worth the effort?

It definitely is, even more than I expected. There is no greater feeling than working on improving the life of your fellow citizens and making your city a better place to live in. 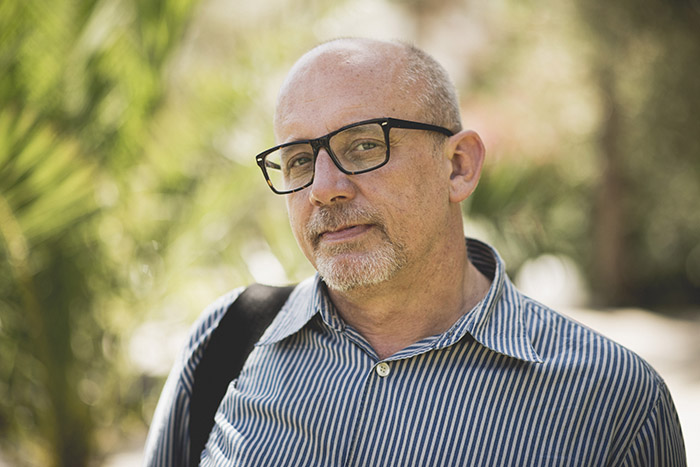 Did your opinion about politics itself change?

No, politics for me are the same than before I was elected: a medium to improve the life of the people that surround you. A medium to make the wherewithall possible.

Did the concept of Guamyem approve itself? Is it still the same system of each member is equal and has one vote?

Certainly yes, in the government of Vila we all have our voice and it is equal amongst all.

What do you think will happen in Spain at the end of June with the reelections? Here in Ibiza you give a great example that a different policy is possible.

Let’s hope that the left wing parties come to an agreement so the PP can not govern. The spanish nation needs a government that prioritizes its people. This is what we try to do in Ibiza and I humbly believe that we are getting there one step at a time.

Let’s talk about Ibiza, this will be another year to beat records in various fronts… To me it always feels like a miracle that the island stays operative – more or less – but lately we reach the limit, no?

No doubt that we have reached the limit. We have to find a way to restrict the arrival of visitors. It is becoming a physical matter, the island is finite, the resources are finite and we are already depleting them. If we keep going this way as if nothing would happen we could end up destroying our paradise. I don’t want to be an alarmist, I know that if we want we will make it, and if we achieve this goal nature will recover itself. 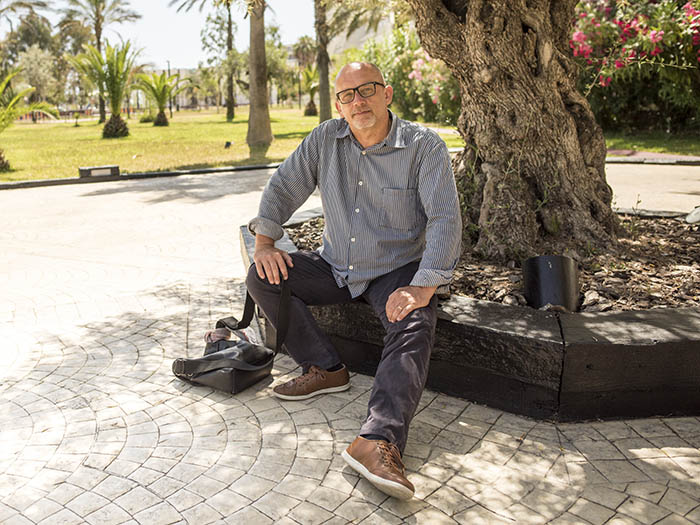 I remember that in the millennium we had some more than 1 million tourists, last year we surpassed 6 millions and this year it will be around 20% more, that means more than the whole amount of the millennium. Where do all those people fit?

They do not fit. It is exactly what I said before, we have to find a way to regulate it.

Yes, it’s a shame that part of our ‘success’ is due to the mischief of other destinations in the Mediterranean. And not only because of the fact that we are overexploiting our island, but as well because tourism is essential for those other destinations that tourists do not visit caused by fear. The ruin it signifies for those destinations is not just economically as I believe it cheers the rise of fundamentalists creating a loop that is hard to escape.

We talked about this before, Ibiza is an island and can not grow eternally, how can the rise of people visiting the island and those who come to make a living be controlled? You can’t put a bouncer who decides on who can enter and who not…

The way you picture it is not possible. We can’t hire a bouncer but we have to find a way to achieve it. In other parts of the world it is already working. I don’t want to dare right now what would be the measure to achieve it, but I am sure that the ibizencan society in its unity will work it out. What I can tell you is that this will not be achieved from one year to the other, I am of those who believe that the best policies, those to work out, are the ones that are founded from the bottom up and develop progressively over time, without sudden changes provoking a reaction that results in the opposite effect.

How can we resolve the problem of our water supply – and limit the exaggerated loss? I read that in some parts up to 70% of our water resources are lost due to leaking pipes and bad management – this is crazy, no?

The problem of our drinking water is the most serious we have but I am moderately optimistic because I am convinced that with the installation of the desalination plant of Sta. Eulalia and the interconnection with the other ones, creating a network that covers the whole island, we will solve the problem of our water supply. But apart from all I said it is essential to make people aware of the fact that water is precious and can not be wasted. For us water is more valuable than gold. What really has a difficult solution is the state in which our aquifers are in. The majority of wells have been overexploited and are currently in a state that is difficult to reverse, at least in the upcoming years.

Can Ibiza become a selfsustainable island in all aspects?

Evidently yes, that is what we are seeking. But therefore we first have to limit the number of people that come during the high season.

What’s your opinion about the elimination of the goats of es Vedra?

The administration that was executed was the adecuate one. On es Vedra we had a severe ecological problem that has not been solved, on this magic rock we had an invasive species that was about to end all vegetable life.

The case of the public sale of licenses for beach loungers in the San José district did cause a lot of polemic, what’s your opinion about this?

Nor good nor bad, the ones who abuse the system are the bad ones. Basically it is the most fair system, but evidentially the result was not the favoured one. In any case I am convinced that the city council of San José had the best intentions to find the right solution for the district.

Is it true that all gastronomical venues on the beach have to comply with the limitation of sound to 70 decibels?

All venues, gastronomical or not, wherever they are, have to comply with the regulations. It is the only way to guarantee the rights of all people, not only the ones visiting those places. The laws and rules are implemented to guarantee those rights. 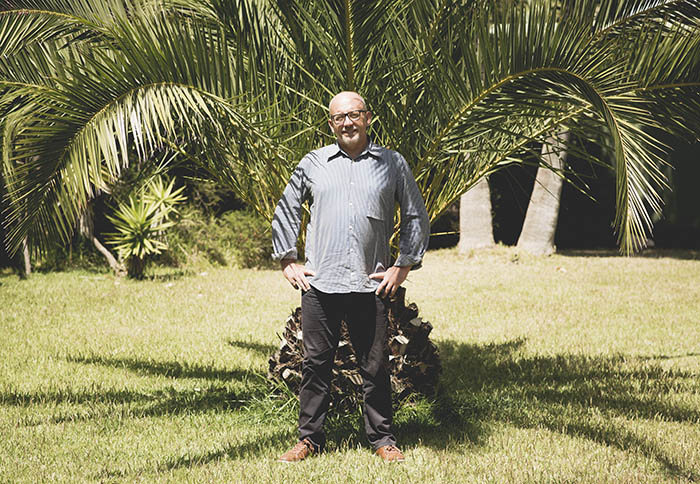 Is music outdoors part of the island’s DNA?

This is just a slogan, and I do not believe in it. Music itself is in our DNA, but not necessarily outdoors. You and me have lived an era where only a small part of the amount of people we have now visited the island, in those days it was possible to tolerate more outdoor music, the pressure on the citizens was minor. I refer to the answer I gave to the previous question, we have to defend the rights of all citizens, not only of those who are in the mood to dance under the sky.

Talking about music, how is it going for you? You told me you keep buying vinyl?

Of course! I still buy vinyls to improve my collection and I will keep doing so until the day I die. Every day I dedicate a few hours to music, to listen and investigate… living music like I always have for the last 40 years.

Don’t you miss playing it?

I truly do… I was playing at the festival they organized to honor David Bowie, and if I can I will give myself the pleasure to do so some evening.

You got an equipment at home?

At home I got one Technics player and a valve amplifier. No mixer as I don’t need it at home any more.

How do you see the island in 25 years?

As I like to be optimistic I picture it well. If we choose the adecuate way we will achieve that our island will be the place we always dreamt of. I stronlgy believe in the capacity of autorecovery nature inhibits if we stop abusing it.

Retired and dedicating even more time every day to music.