To the sound of the ceremonial drum, one by one the Ibiza’s activists drop “dead” on the floor – symbolising the uncountable species that are going extinct on Earth, including the human race. The message is one of alarm, panic, urgency to act in all possible & impossible ways to save life on our planet from its imminent destruction.

Extinction Rebellion is a movement recently sprouted in the UK from the vision of a group of about 100 scientists, impulsing it with a call to action against climate change and rapidly joined by a multitude of concerned people, all over the planet. It is now already a global movement formed by common people, non violent & apolitical but aiming at shaking the political lobbies from their lethargic climate policies and inciting everybody to become conscious of this very immediate threat to our existence on Earth, one created by our own insane & greedy species. 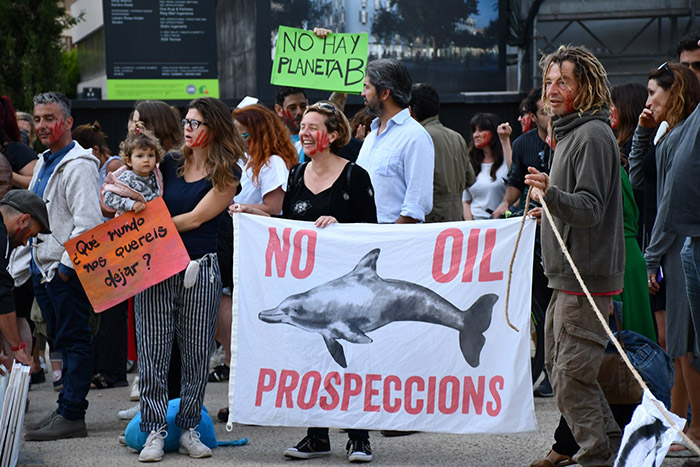 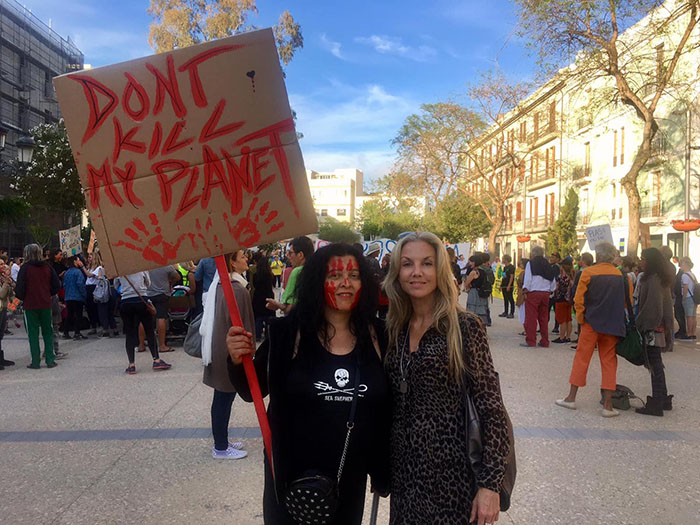 We want to wake up this army of zombies that are just consuming thoughtlessly, using & throwing, stepping hard over life and nature – as their lives were not depending on it, passing through life insensitively and generating more unconscious life without ever grasping the essence, without ever igniting the bond between themselves and our alive planet. A blue, unique jewel filled of wonders, very very rare according to our latest space explorations, we still didn’t detect another planet resembling it, less so in our reach. “There is no planet B” is one of the strongest messages we are sending out. Other slogans at the protest, among others were “I don’t want to watch my child die” “Earth is crying” “Am I the last generation?” held by a 3 years old kid or “Its time for action!” In fact, the symbol of Extinction Rebellion is an hourglass – the sand in it is coming to an end, our time on this planet as we know it has a short deadline, unless the entire world’s population implements a massive shift in lifestyle. In Ibiza it’s easy to sit back under the blue sky, watching the rolling waves of a clear ocean, breathing our pure air and think that all of this destruction will happen somehow, elsewhere, remotely in the future. Despite this, in Ibiza there are hundreds of committed activists and so, 26 environmental associations of the island, joined the Extinction Rebellion manifesto at Vara de Rey on this 15 of may, me included. We are an outpost of a rebellion that wants to break the status quo, the human indifference towards the fate of our planet and of our own species. The most vital of our needs, to continue existing, is to have an atmosphere to breathe. Not to make more money. 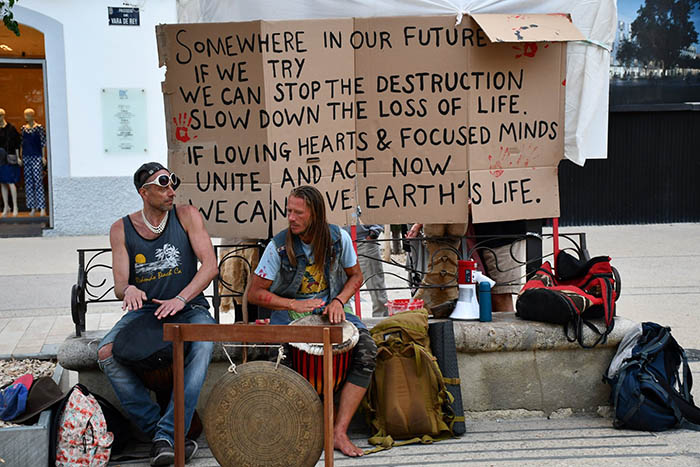 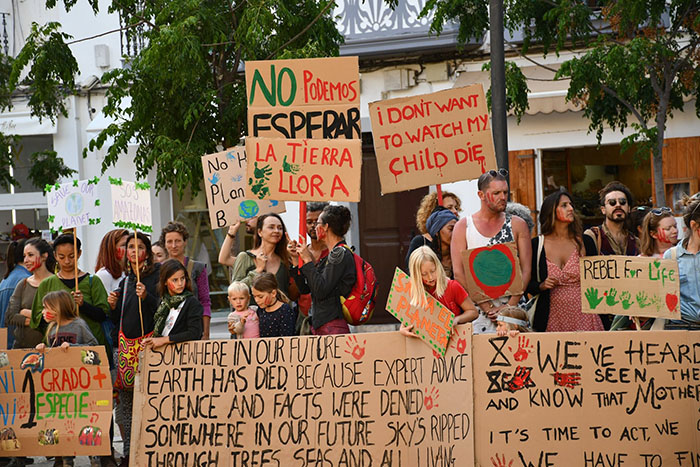