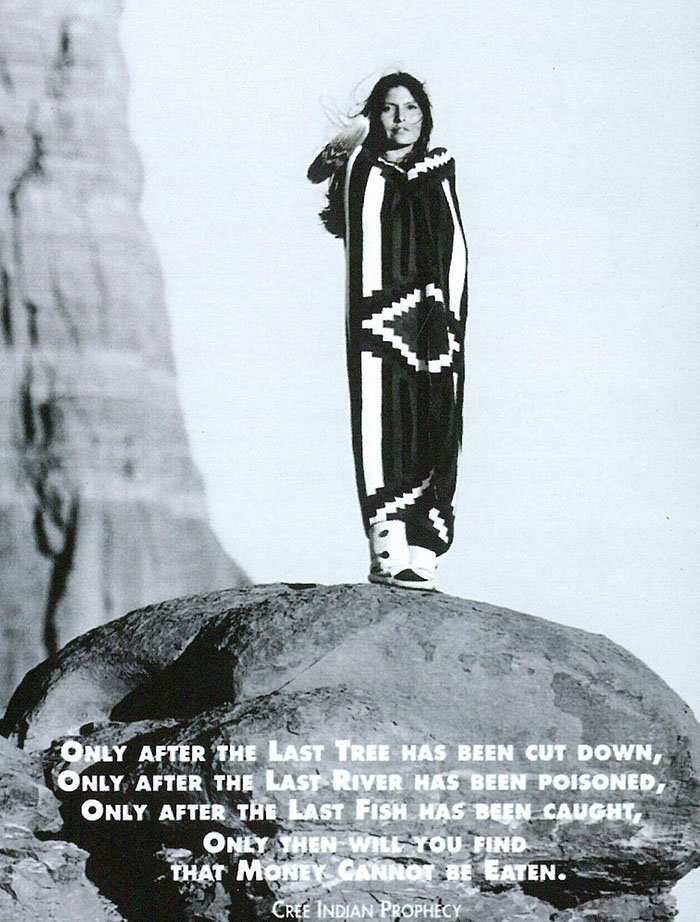 Living on Ibiza for many years definitely has a huge impact on one’s personality, some are more aware of it and some less. We got people here from all over the world, different cultures melt together creating multilingual future generations. When you sit in a bar drinking a coffee in the morning or midday there are no people having discussions about political issues. I wouldn’t say it is out of disinterest but living here is intense enough to not have to be informed all the time about what is going on in the rest of the world. 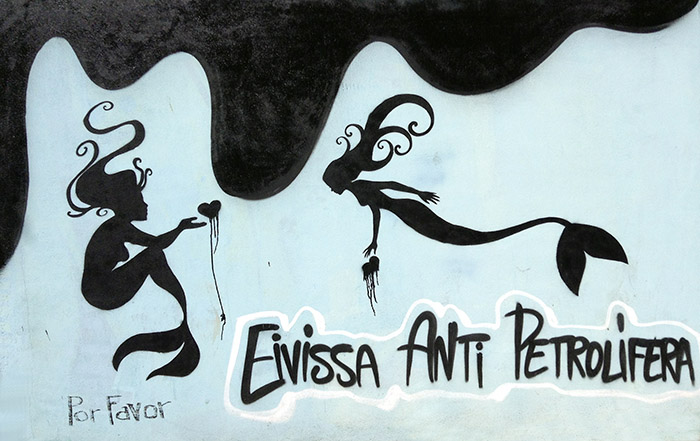 But standing amongst another approx. 15.000 people on the Vara de Rey, half of them dressed in blue, we could feel the power of unity.’El pueblo unido nunca sera vencido’ is the spanish version of ‘people united can never be divided’. More than 130.000 signatures were collected, it more or less matches the number of inhabitants living on Ibiza, even if lots of the signatures came from the mainland and other countries this is still very impressive. On top so many people voluntarily participated in the whole process, you could get complaint sheets for free in many shops, bars and public institutions throughout the island and the social networks and websites were flooded with information. Lots of celebrities from all over the globe joined our fight and the local politicians finally stood up to show their solidarity leaving behind their biased daily issues. Vicent Serra, president of the local government in Ibiza, said ‘it is the first time i hear people speaking with one single voice against a project, i can not remember this happening ever before. This might be the beginning of something big.‘

The day the ‘Rainbow Warrior’, flagship of Greenpeace, visited the shores of Ibiza and showed their support was another emotional moment, only to set foot on this boat is amazing but much more is their commitment and dedication to environmental issues on a global scale. Ironic enough that the participating racecars of the Gumball 3000 were parked just in front of the ship – coincidence or pure sarcasm? 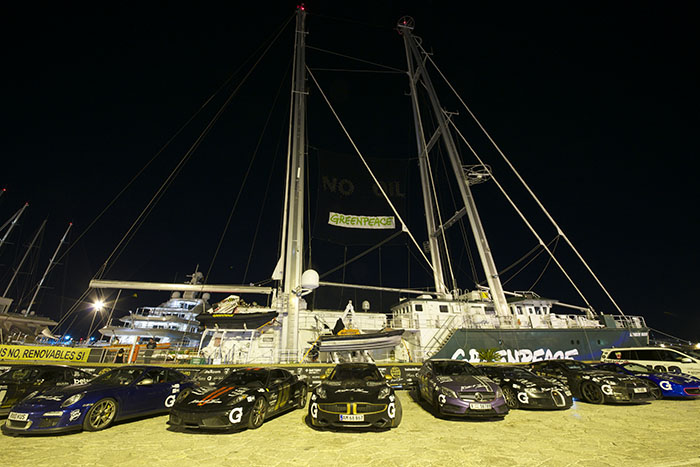 Even the government in Madrid have never experienced anything like it, and all the attempts of downscaling the environmental impact from their side or the company that wants to get a permission to start searching for oil were crushed down.

Let’s face it, who seriously can pretend to ‘just look for oil’ when the only and mere purpose of this whole operation is to find and extract oil? Hundreds of thousands of acoustic bomb-like signals are emitted into the water only to find out if there is oil or not – it is not ‘just boats floating on water’ – as their spokesman said. Whales, dolphins and other sea dwellers would at least suffer from damaged drumheads losing their orientation not being able to live and reproduce themselves as they would naturally, amongst many other effects.

The mediterranean sea is in danger anyway, irresponsible overfishing, industrialization and flushing waste water into it already did great damage to it but even though this island and its shores are still a paradise with pristine waters and an intact ecosystem. This is our treasure, or, as Ramon Bauza, leader of the local Partido Popular who is in power says ‘our oils is tourism’.

Who can seriously put on stake our economical future in order to maybe find oil that would not even cover 6 months of our national supply? We got more than 300 days of sun, solar power and alternative energy production plus recovery of inefficient energy consumption and a responsible and sustainable use of resources is proven to be enough and on top it lasts forever and the environmental impact is minimized.

Sure, we all still drive cars fuelled by petrol but this is not our fault, the manufacturers didn’t do a lot to prepare themselves for the time after petrol, my car is 30 years old and consumes 10 liters of Diesel, so i ask myself ‘what have they done all those years to improve’? Ok we got cars now that realistically consume half of it but still… Hybrid and fully electric cars finally are on the rise, but damn, it’s about time!

Solar energy in Spain recently got an extra tax on it so you can not just install solar panels on your roof top but you have to pay taxes because you are not buying electricity from the companies – incredible but true.

It can not be that for the greed of a few the future of all is endangered.