The newly formed cultural association “Ibiza Reggae Yard” is proud to present the first in a string of reggae & bass culture events, all going down once a month at famous LAS DALIAS venue in the north of Ibiza, from April to September. 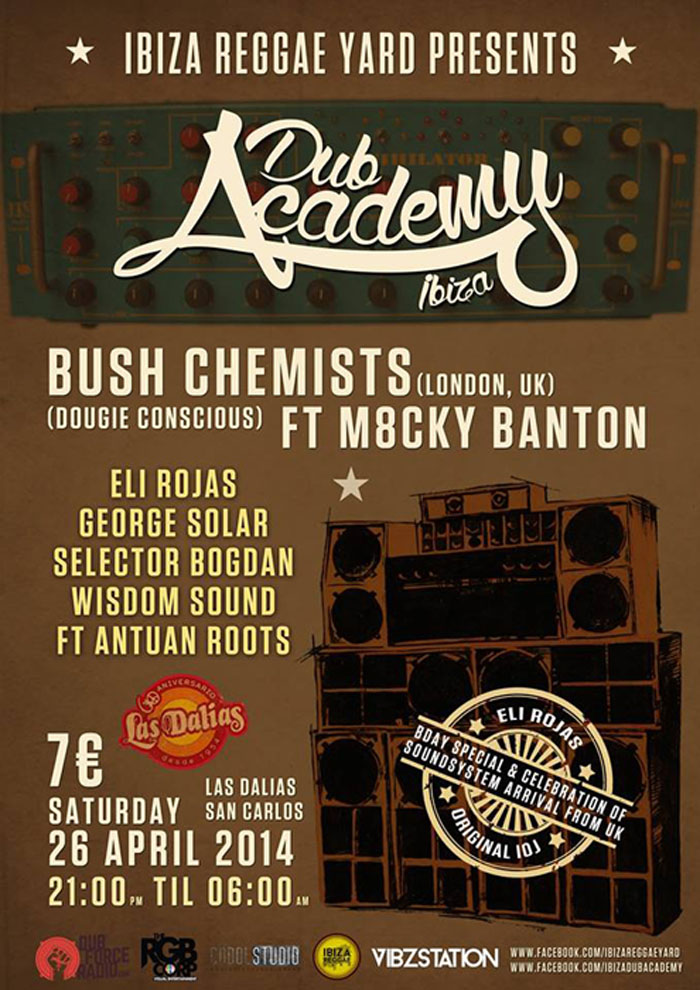 On April 26, Ibiza Reggae Yard introduces Ibiza Dub Academy and has invited one of the “classic” UK legends of dub music: Dougie Conscious (Bush Chemists) is a major player in the worldwide circle of dub and a true master of his trade. At Las Dalias he will be backed by Macky Banton on vocals, guaranteeing the original dub vibe, perfect for the early Ibiza season.

The main act will be supported by the Ibiza Reggae Yard resident djs, assuring a night full of good vibes, bass and dub effects.

Ibiza Reggae Yard: preserving the historty & safeguarding the future of reggae & bass culture on a magical white island… to be continued!