The venue is one of the most iconic on the island, being the home of the monks from the church a few meters across the camino in San Rafael.

The finca is built with ‘mares’, a sandstone the castle is built of as well, and forms part of the Unesco World Heritage. The man who gave name to the place used to live here, his name was Denis and Clo means something like ‘home’, so El Clodenis was the most natural choice and he just loved to cook and party.

Soon fame knocked at the door and did not leave again, converting it into one of the finest and most authentic restaurants with its faithful followers (the real ones, ukwis). 30 years later history repeats as the new owner, always linked to the vanguard, wants the people to participate rather then just spectate. His principal objective is tocollectively celebrate the development and proposals of young talents coming from all over the globe creating an original and innovative platform uniting gastronomy with electronic art through visuals and music, always attentive to stay away as far as possible from commercialism. 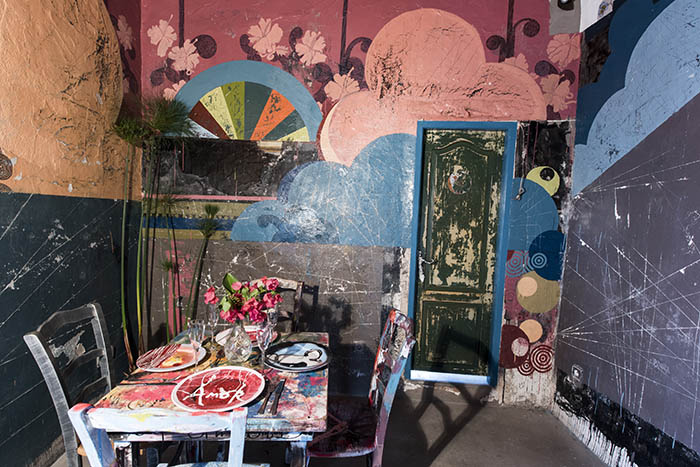 Meant to open for exactly 100 days, the idea is based on the concept of a Pop-Up place, a project that appears for a certain time span to then disappear or transform into something else. The team is formed by a bunch of good friends knowing each other for a long time, following the same vision bringing it to life upcoming Friday 16th of June in the most stylish way, opening the evening with a vanguard live jazz concert in front of the church in San Rafael at 9 PM, followed by a rare exclusive set by Dimitri from Amsterdam, Pinky Williams and island icon Jon Sa Trinxa on the decks inside in what is best described a micro club in its true meaning. Set to music by one of the island’s fines soundsystems custom made by TSI, framed by visuals mapping the floor and all of its beautiful space tailored to enhance the place’s native energy. Expect the unexpected, this is definitely what the island needs so desperately, conceptual and vanguard. 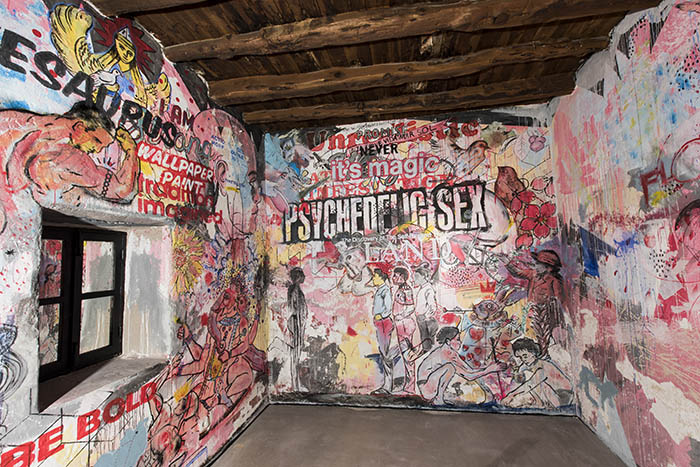 Best is you can enjoy the venue from 8 AM to 4 AM, having a decent breakslow in the morning attending a yoga class (or not), maybe have a swim in the pool and/or read a fine newspaper whilst sipping one of the island’s best coffees and the whole palette of healthy food and drinks one can wish for from the hands of Aliwalu, the Vital Chef. For lunch you can enjoy healthy organic food, then chill into way after noon and wait for dinner time with a mix of mediterranean and ethnic kitchen, freshly prepared Ceviche on the spot, a fine selection of beverages including excellent cocktails and a fable for authentic Mezcal plus other specialties waiting to be discovered. 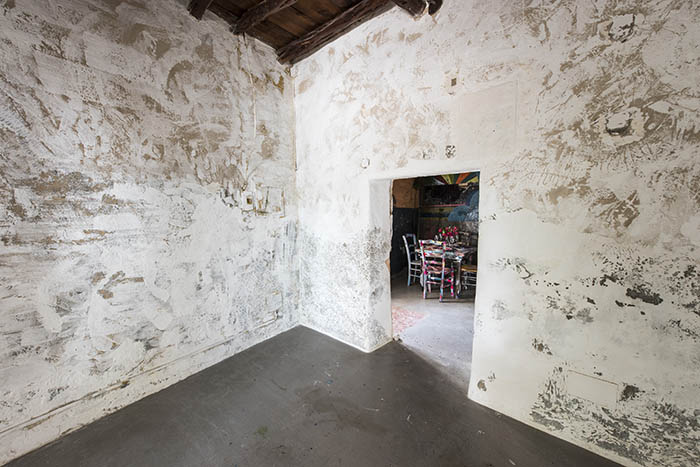 As we said before, this is true Ibiza style and has our utmost support, the countdown begins tomorrow Friday June 16th with a vanguard cuban jazz concert in front of the church of San Rafael at 9 pm sharp – please don’t be late as you do not want to miss the concert with a sunset in your back in front of the church, overviewing Ibiza town.

Prepare for the return of the angel.