Hello Danny, it is with great pleasure to know we got another iconic tastemaker and musical pioneer in our magazine.

Where and how did you get in touch with music?

I first became passionate about music at a young age as a very young child. My mother always had the radio on in the house and i became fascinated with radio, and how sound was transmitted. I also used to play the records on a large cabinet gramophone at family parties when i was around 8 years old and stay up late enjoying contributing to the party. These daily experiences shaped my future career in music and radio broadcasting. 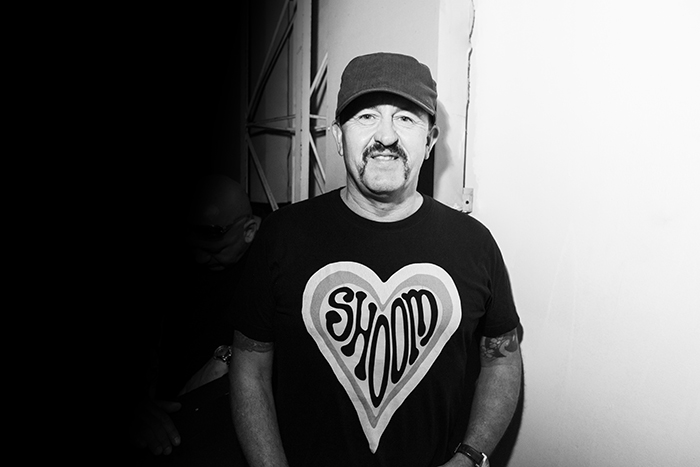 What brought you to Ibiza in the first place?

I first came on a last minute 5 day holiday to Es Canar at 19 years old with my first girlfriend Karen and was instantly captivated by the beauty of the island and have returned ever since. I will visit Ibiza until the end of my days.

Knowing that you, together with Paul Oakenfold and Nicky Holloway, started to spread the new style in music al over Britain – how would you describe the feeling to know you discovered something new and fresh and will take it back home?

At the end of our pivotal week of trail blazing and inspiration we knew we were onto something special on that dance floor in the open air at Amnesia dancing to the amazing mix of music DJ Alfredo played all night long. Alfredo played funky and hip hop and pop and indie music early in the night. Around 3.30 am he used to get deep into the mix with early Chicago House and Detroit Techno. He in my opinion weaved a mix of musical alchemy and openness to music like we’d never heard before. The term Balearic beats derived from our experiences at Amnesia. I can clearly remember the sun coming up one morning at around 7 am and everyone smiling at one another and many people hugging, and Alfredo closing the night with U2’s ‘Still haven’t found what i’m looking for’. I thought to myself U2 may not have found what they were looking for, but we certainly have found what we were looking for on that dance floor in the open air. It was an incredible time with open air clubs, great sound systems and a cosmopolitan dance of beautiful people emanating  happiness and empathy to all. The music was ground breaking, a new music culture was in the early formation stages. We returned to London greatly inspired and started our respective clubs, I created Shoom which was only in existence for a few short years but it had such a profound cultural impact. 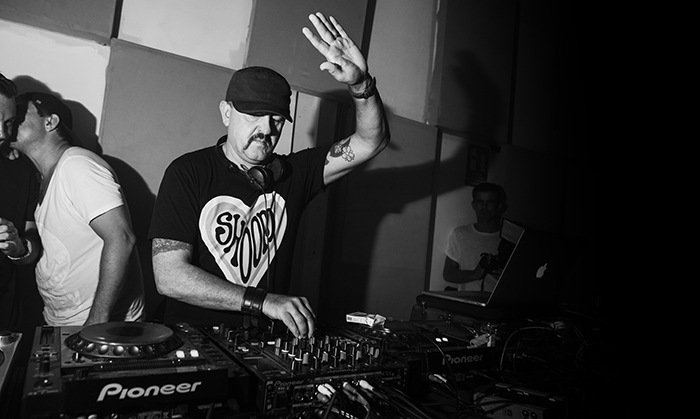 Did you have any sense at the time that you were involved in something special?

We sure knew we are the point of something hugely remarkable and ground breaking during the week we spent in Ibiza. When we returned we were so greatly inspired by the influence of Alfredo and the scene at Amnesia. Our enthusiasm was infectious far and wide. Shoom began in early December 1987 and within three months the intimate 300 capacity venue went from 100 people to a line of 1000 plus people outside eagerly attempting to get into the club. The ethos behind the club was a free state of hedonism and promoting positivity and unity. Shoom was the catalyst for the rave scene that followed. The crowd was very mixed and transcended race class and sexual orientation. Every Saturday night it became a borderline religious experience for those that came and danced to Balearic beats and the new groundbreaking sound of House and Techno. People were transported to another dimension in the sweatbox under the strobe light and smoke machine. The crowd became one family and I used to dance waving records around like a mad man which hadn’t really been seen before in London. The crowd loved every minute and my spirit conducted the positive energy which those who were there say had a profound effect upon all on the dance floor. Everyone was equal, it was a collective consciousness, a weekly riot of love and happiness. The music from the US was so uplifting optimistic and spiritual with songs of hope, unity and love. We created a scene that everyone wanted to be part of. Shoom adopted the smiley face symbol which became the symbol for Acid House and the rave scene. The smiley makes a statement of positivity and happiness and fun. That was an extraordinary time totally unique, fresh and revolutionary. The scene brought so many different social groups of people together and created much opportunity for all. It was an amazing time and we collectively changed the world for a while. Shoom was only in existence for a few short years but it had such a profound cultural impact.

Following an endless discussion, what is your opinion about ‘is there a difference between electronic and analog music and which one is more important’?

Music is music and good music always sounds great if the production is recorded with attention to details and good ears.

This year you are back with an event in Sankeys called Dance 88/89, so I guess one could say you went full circle, discovering it in the first place, becoming its ambassador back home, preserving it for many years and now taking it back to where it came from to remind people in Ibiza of what it used to be. Tell us more about it.

I played the opening party in May and the atmosphere was outstanding, a younger crowd also who were eager to experience the music, sounds and atmosphere of the early roots of the scene. The sound system is a pleasure to work on and Sankeys is about dancing which is the essence of Ibiza and the scene as a whole internationally. There has been a growing wave of interest in early House and Acid House music in recent times. A whole new wave of productions borrowing influence from original House sounds. 303 Acid House is music to dance to in dark rooms with no VIP tables and an up-for-it crowd and enthusiasm and passion from the DJs. It’s great to be playing at Dance 88-89, I mix a blend of original House and remixes of the and re edits of 88-89 House Music and new music that is modern Acid House. Ibiza can never be what it used to be, time has moved on, all we have is the present, however the atmosphere and music are a good example of that period in time. 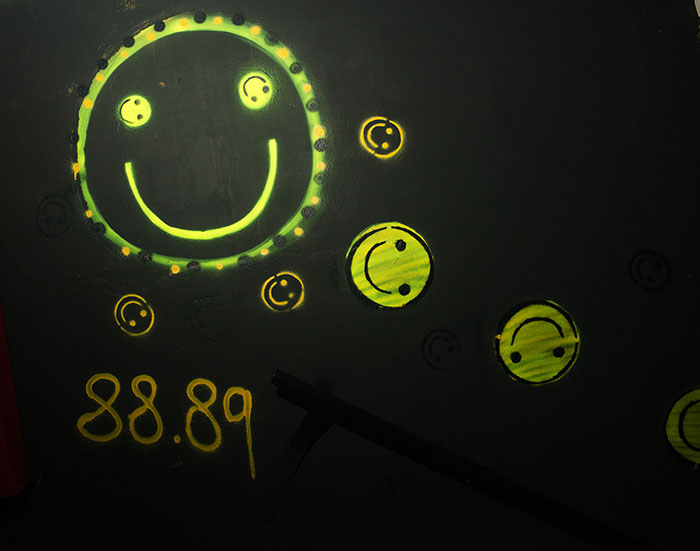 With Alfredo and Bushwacka you got two masters as residents for the events, who else can people expect?

Dance 88-89 is presented by many UK DJs who shaped the Acid House Rave scene in the UK. The night is all about our heritage and culture that set the benchmark for all we know and love today. Alfredo and Bushwacka are original pioneers and DJs with a wealth of experience and musical taste and knowledge.

How do you see Ibiza almost 30 years after the musical revolution?

Ibiza is still the epicenter of summer clubbing. Ibiza in recent years has become much more of an internationally recognized destination. 30 years ago if you asked an American where is or have you heard of Ibiza the answer generally would be no. People love Ibiza and now fly in from every far flung corners of the world. Ibiza continues to inspire and influence so many who visit and are captivated by the island’s beauty charm and the huge amount of fun. 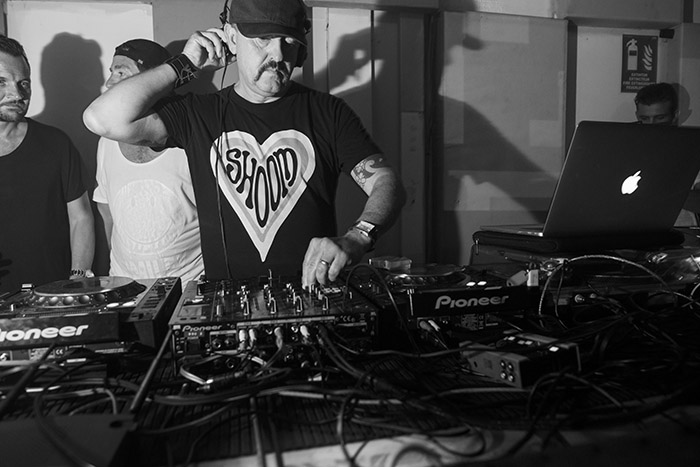 Three things you would change on the island if you had a magic wand?

I wouldn’t change a great deal. Ibiza changes itself just as areas change and clubs end and new growth manifests. I feel San Antonio is undergoing positive changes and has a large marina for the boating community. Restaurants and new modern bars are springing up. San Antonio was once a laid back cool town and after years of mass package budget tourism things are changing little by little. New modern apartments being developed, Ocean Beach Club adding style and Hostal la Torre for sunset and stylish new accommodation emerging. If you look around the main port square this is likely to be transformed too. It’s also likely that Space will reappear in the future near San Antonio. Change is underway.

Knowing you kind of retired from music in 2005 but returned a few years later and are now in your early fifties still playing / presenting / producing music and having fun with it – is there a limit for a DJ / producer where to stop doing so?

I went through a period of personal changes and stepped away from touring and Djing. During my time away from the scene I wrote a book ‘Everything you need to know about Djing’, evaluated my life and what I love, and that is music. Spent time with my new born son subsequently shortly after getting divorced from my ex wife, and 2 years later went back on the road to continue being a DJ and travelling the world with ones craft. Djing isn’t a job, it’s a lifestyle and a blessing to be in a position doing something you love. Look at Giorgio Moroder Djing and producing at 70, why stop doing what you love if one has the energy and passion – those two combined have no age limit. 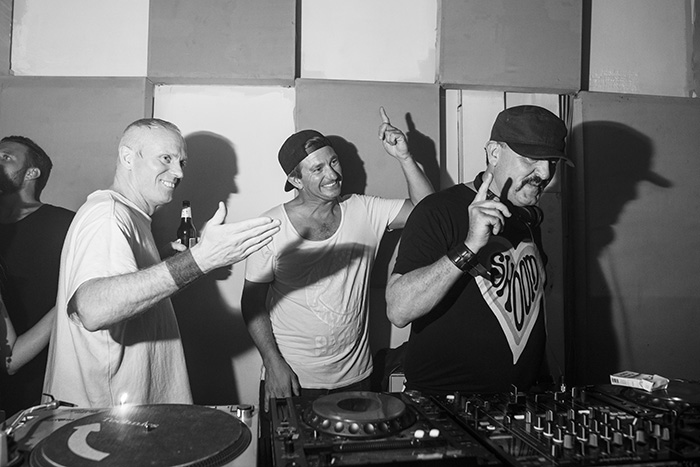 Alive, happy and healthy and still active on the dance floor at 80 years old with my wife Ilona and children. Life is precious and to make the most of every day is my approach. Also do all you can to make a success of all one does. Live your dreams, don’t die with them unfulfilled. Life is a celebration, treasure the gift.

Thanks so much Danny, truly inspiring words. See you on the floor in Sankeys!