This year the BPM Festival in Mexico celebrated 10 years of existence, being amongst the big festivals globally.

We wanted to know from first-hand how this year’s edition felt and what are the opinions about the terrible attack in the Blue Parrot, so who better to speak to than Anna Tur and Igor Marijuan, directors of the two main radio stations from Ibiza. 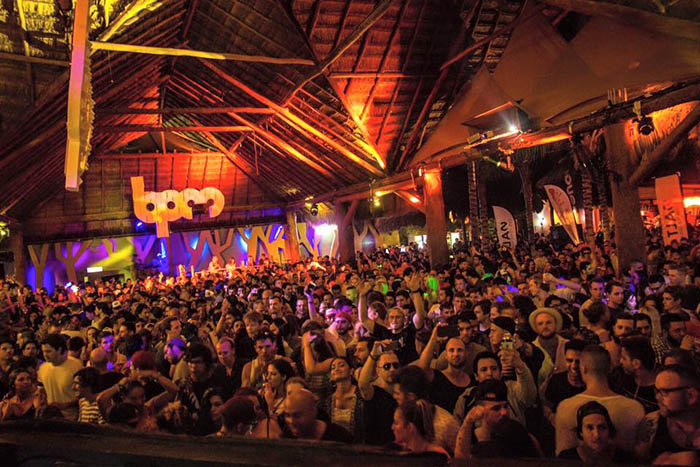 Which was the first year you covered the festival? Was it right from the beginning 10 years ago?

Anna: Ibiza Global Radio covers the festival since four years. We were always very much concentrated in the Ibiza Global Showcase but about five years ago we started to cover the main festivals worldwide, of which the BPM Festival is surely a part of.

Igor: Our first BPM was back in 2013 – so this is our 5th year as official media partner, including our own event. 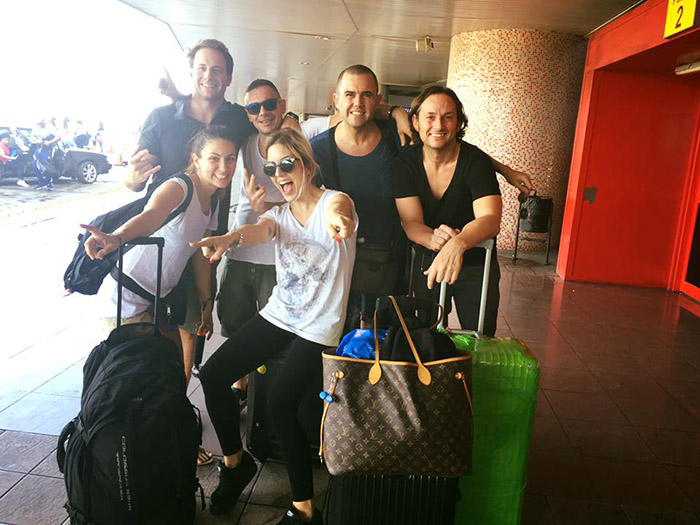 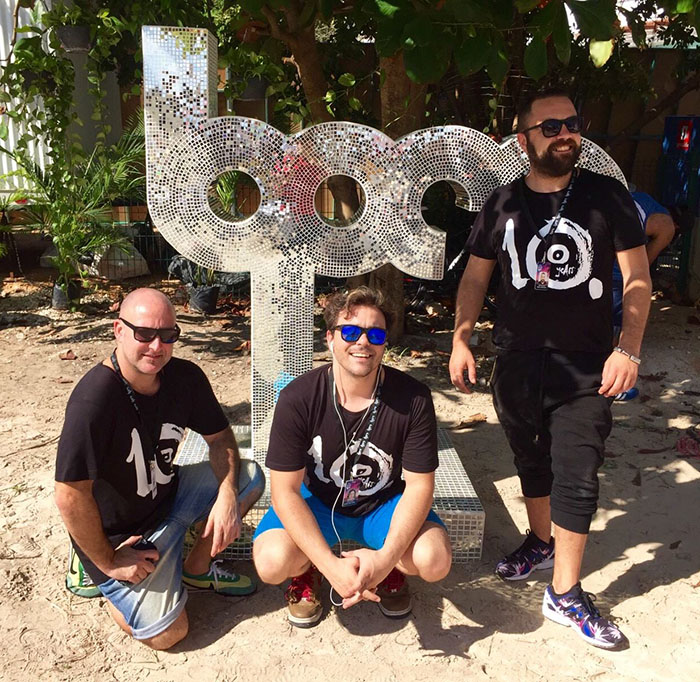 Is the BPM a festival like any other or is there something unique about it? I imagine that nature itself has a great impact and everybody involved will take a few more days off to explore the surroundings. Do you as well?

Anna: What differs the BPM from other festivals is that you meet lots of people, friends and business contacts from all over the world in 10 days. What comes with it and at the same time makes it stand out is the surrounding, the climate, the hospitality of the countrymen as well as the organizers of the festival. Tulum is just a few kilometers away and it normally is the last day when you take the chance to look around before you return to the cold of Europe, of the island…

Igor: The Mayan Riviera is an incredible spot. Not just Playa del Carmen which is clearly focused on leisure. The Mayan culture, the cenotes, the island of Holbox, Tulum, Bacalar. It’s a festival surrounded by paradises. So it is great to be able to combine playing at the festival, broadcasting it and have a good time off at spectacular places in the Carribean! 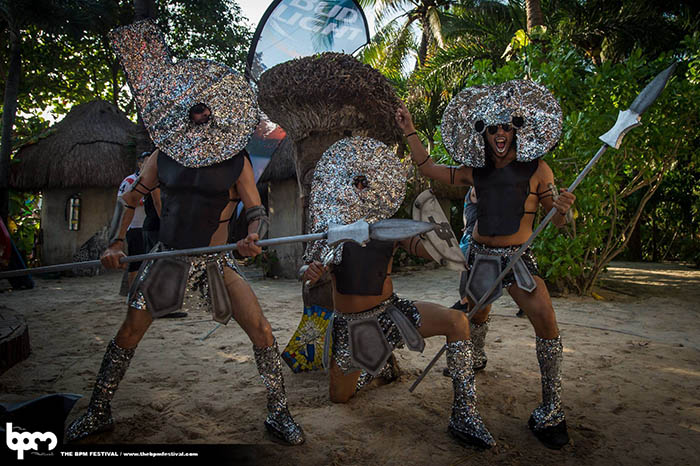 How do you manage to assist the maximum number of parties in all the clubs to broadcast as much as possible – this must be craze, no? You make turns between the teams?

Anna: Yes, normally it’s David Moreno and myself who are always ready to broadcast together with a technician, who this year was Nano Vergel. Add to this the three gigs i played: Insane from Pacha, It’s all about the music and Materia. The secret is trust and complicity. We support each other, if we see that one has to slow down we send him/her to the hotel to be ready for the next broadcast. The one who stays until the very end as guard enters later at the next event. We do broadcasts every day and night, sometimes even simultaneously. It is a frenzy but we love so much what we do that time doesn’t count.

Igor: Yes. We got a few broadcast crews consisting of techinicans, presenters and productors. Simultaneously the crew in Ibiza is supporting us constantly in broadcasting and networks. At the BPM Sonica reaches milestones never experienced before in radio, like last year we broadcasted ten days for 24 hours non-stop. Or this year we opened three channels simultaneously from different locations. It is a festival where we always felt very comfortable. 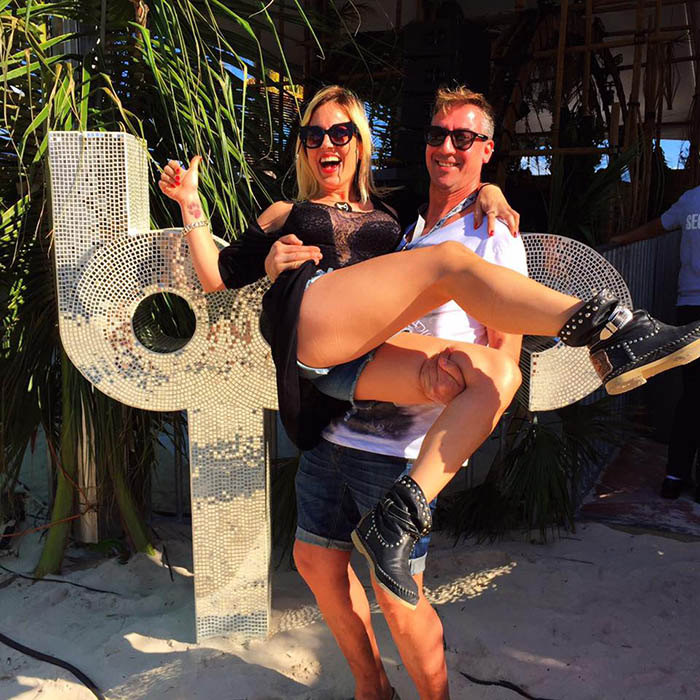 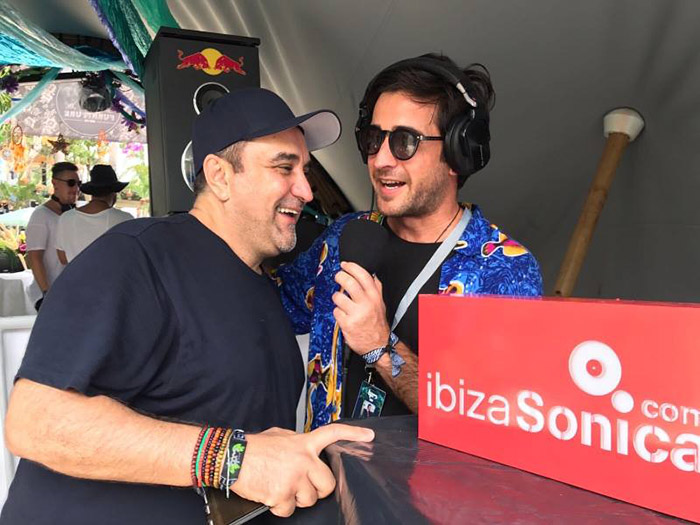 Security is a huge topic in the whole nightlife scenario, how did you experience this during the festival? The ‘Blue Parrot’ was the only club which did not have metal detectors at the entrance – how is that possible knowing that security is essential?

Anna: I haven’t seen metal detectors in any club. The safety on the streets provided by the police is quite poor. They pass along armed on trucks to intimidate, but i haven’t seen police officers walking nor patroling the streets. In the Blue Parrot, as well as the other ten locations, the security is private and contracted by the BPM Festival, at the door or inside the clubs one felt safe, there was a good array of professionals.

Igor: During the festival i dd not notice a lack of security at any time. There are private securities from the BPM as well as from each location. Every morning we concurred with the security crew members in the hotel and saw how they planned their day, i saw with my own eyes how they checked all the locations before the event. The incident started at the door, so the security crew had to adapt and try to avoid the possible. Two of the victims are members of the security crew of BPM who were at the door, so there is little you can do against it, evewn with metal detectors at the entrance. We attended the Blue Parrot every day and even then, with all of them knowing us, we showed our credential to at least 4 persons before we arrived at our workspace. 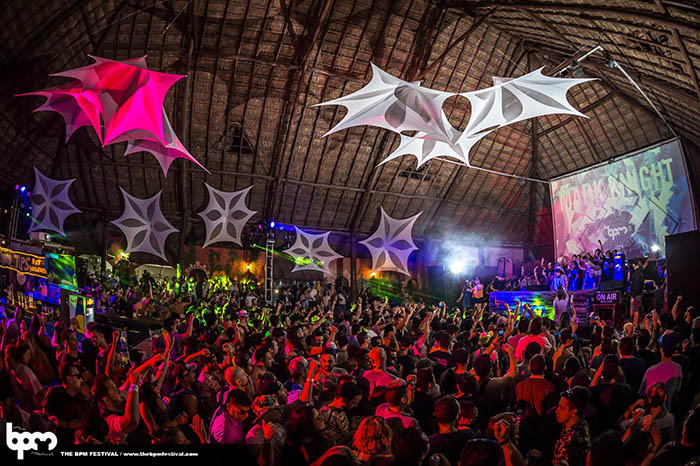 Do you agree with the decision to cancel the BPM Festival and all electronic music festivals for the moment, as it happened as well in Argentina, even if the reasons to do so were different?

Anna: Yes i find it correct. In my opinion everything related with the festival generated local wealth. The restaurants, hotels, taxis, boutiques… with every year it felt more like walking in Miami or any beach in Europe, for the prices, the new building sites and job offers at the doors of many locations. All this economic growth wasd to be controlled or it would go ‘down the drain’. It has shown its ugly face because the authorities are incapable of decelerating the drug-trafficking, the gangs and cartels who exploit the entrepreneurs and kill cold-blooded. And it would have gone worse. For those reasons the organizers took the right decision in my opinion. Bribery and coercion are never to be tolerated, it is an ethical code embedded in the principles of men and companies that you never give in by fear… and if it happens you better decide to step back.

Igor: No. I find it fatal. To demonize music or leisure is a mistake. The cases in Argentina and Mexico are different, the one in Argentina is a social problem, the one in Mexico a political issue. In both cases the people attending the events are the ones to suffer a certain insecurity but in none of the cases the organizers of the events are the ones to be held responsible for the fatalities. In Madrid (Spain) we were testimonies of another tragedy associated with nightlife where the organizers were to be held responsible for not respecting the capacity nor the adecuate security measures.

We know of a couple that was walking the streets of Playa del Carmen with some friends two years ago during the event when one of them was shot by mistake just for looking like a drug dealer – and no investigation was held to find out why or who did it, and nothing was written about it in press. That demonstrates the power of the drug cartels, no?

Anna: And how corrupt the police and authorities are. Fear is another factor…

Do you know if the announced BPM Festivals in Brazil and Portugal are going to be held, and do you assist?

Anna: We plan to attend to give them our maximum help and support. It is a festival that unites us – the professionals and lovers of electronic music and clubbing. They are extraordinary people and they have the maximum support of Ibiza Global Radio and me personally.

Igor: The events in Portugal and Brazil have been anounced, we will surely assist in Portugal. 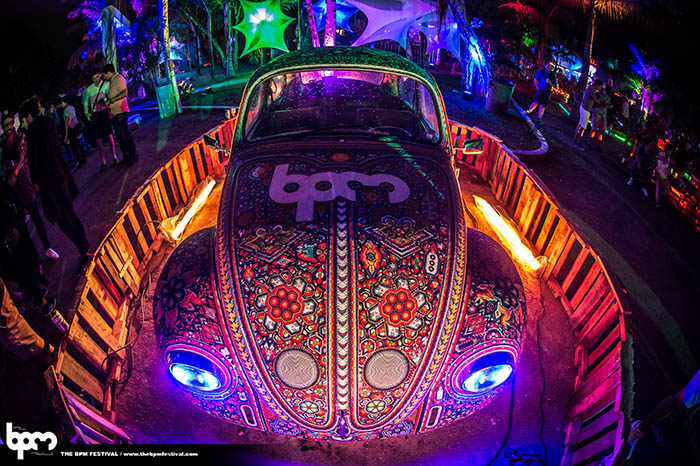 Thinking of what happened and the massive electronic music scene we have here, i don’t think that something similar could happen in Ibiza, even if there were some minor incidents of showdowns, mainly in San Antonio. What’s your opinion?

Anna: Anything can happen. There are bad people all over the world. Ibiza is more en vogue and massified than ever before… And let’s not forget the islamic assasinations all over Europe. That truly produces more fear than a narco.

Igor: I don’t think that what happened is related to electronic music, therefore i don’t understand the comparison. I don’t see any relation whatsoever. Ibiza was and will be a safe place for nightlife.

Talking about Ibiza, how does the new season unfold?

Anna: I think it will be great, intense and full of changes. They say that change is for the better… For the moment it looks like the rumours are made public and credible, there are some changes that i like and others that produce a certain melancholy, but generally i like the development. I only wish to see more police, less people in the hallways of our hospitals, less prostitutes and pimps at the boardwalk and a better organized traffic. A miracle, no? haha.

Igor: Different as always. Each season is unique and this generates a new Ibiza experience each summer.

News in the radio scene that you can already reveal?

Anna: New homepage, the ‘Ibiza Global Premium’ channel, news and surprises in our showcase, the presentation of our 2017 collection that will be magnificent and a content that will for sure fascinate and of which you (Andy) are part of.

Igor: From our part we will advance with our multichannel platform in ibizasonica.com where one can listen to different styles of music. We will broadcast from hundreds of locations this summer and lots of DJs will pass by our studios – can’t wait!